(most of) A Day with Jeffrey Pepper Rodgers (part 1)

Last Saturday (March 11, 2017), I did something I’ve never done before: I went to a guitar workshop. Usually, I’m way too busy to spare a few hours on a weekend afternoon, but things worked out so that I could attend “Grateful Dead for Acoustic Guitar,” taught by Jeffrey Pepper Rodgers. I knew of JPR through his work at Acoustic Guitar Magazine (though he had left before I started writing for them back in 2007) and had never gotten the chance to meet him in person. This seemed like a perfect opportunity to do so. The workshop was held at Wood Brothers Music in nearby Pittsfield, Massachusetts and the weather was lovely, though very cold! 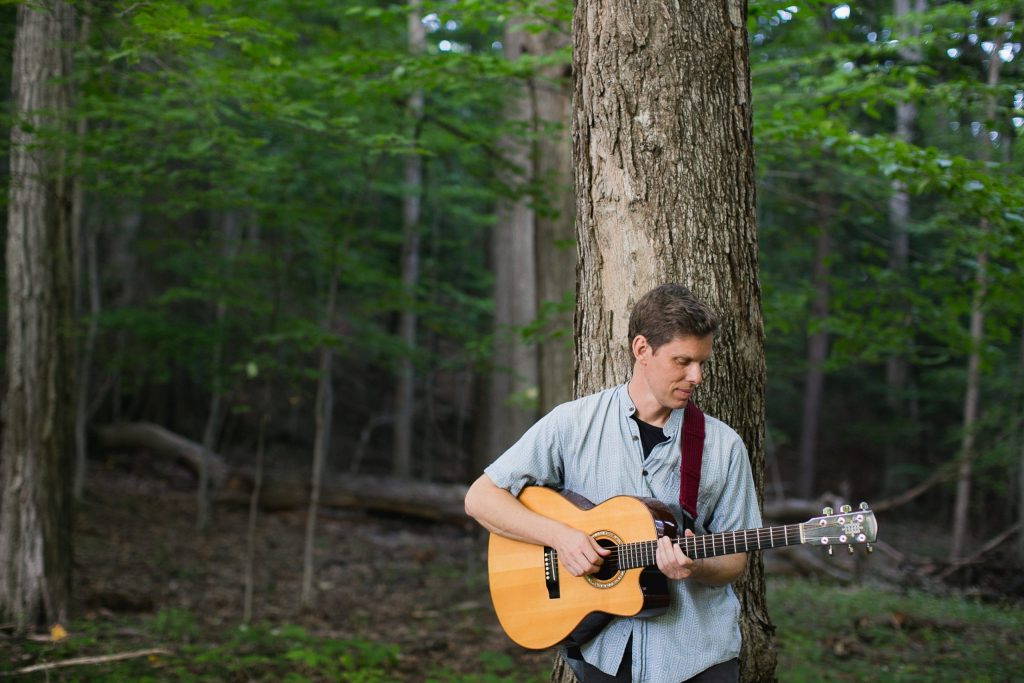 As it turns out, Jeffrey and I have similar ideas when it comes to songs: we both try to create single guitar arrangements that give the listener the overall flavor of a song without copying any single guitar part verbatim. He also makes use of alternate tunings and capos to make the arrangements simpler. After all, if you can’t easily play a guitar part while singing, there’s little point in creating the part in the first place. Of course, there are a lot of differences in our playing styles, as well.

We opened up with some songs done in Drop D tuning. First up was “New Speedway Boogie,” which I’d never even heard before. Jeffrey explained his choice of this tuning for his arrangement of the song. Specifically it allowed a player to concentrate on playing “5” chords (which have no thirds) and creating rhythmic shuffles using one or two fingers of the fretting hand.

This ended up being helpful for the rest of the seminar. We followed with “Casey Jones” (also done in Drop D). I have only ever played this song in C, but there was an elegant logic to playing it in A (with a capo on the third fret) – as it made playing the shuffles for the A and D chords a lot easier. Plus, it allowed to recreate the signature guitar lick (albeit an octave lower) quite easily.

Far and away the best part of the workshop was the chance to play “Eyes of the World.” It’s easily my favorite Grateful Dead tune, mostly because it was one that I played piano on in my first working band. One time we got a gig playing the signature lounge on the 96th  of the Hancock Center in Chicago and we opened up with this song as the sun set behind the band.

“Eyes of the World” features a very interesting chord progressions that primarily switch between Emaj7 and Bm, which can be difficult for beginners. Jeffrey demonstrated how to switch between the chords efficiently, making use of chord voicings that involved only minimal finger movement. They were chords forms that I knew well, having I described them in Part 5 of my Guitar Theory book for the Idiot’s Guides people.

All in all it turned out to be enjoyable, educational, and entertaining. I highly recommend you checking out any workshops that Jeffrey may be hosting in your area. You can check out his schedule at his website.